October is here and you know what that means, Halloween and all things spooky are right around the corner. With the leaves falling and the campus getting its first chill of the fall semester, comes the return of the hit Netflix original series; Stranger Things. The show takes place in Hawkins, Indiana and follows a group of neighborhood friends and the mysterious Eleven as they attempt to rescue their friend Will from the “upside down.” After a thrilling first season that took 2016 by storm, fans have been eagerly anticipating season two. The cliffhanger at the season finale left us on the edge of our seats wondering what happened to Eleven and what is happening to Will. Fortunately for the fans on campus at UNE and worldwide, the wait is almost over, with the Netflix revealing the release date to be set for October 27th, 2017.

Season two looks to be just as thrilling and epic as the first with the trailer already having been released a few months back, but will it live up to the greatness of season one? The trailer features all the main characters returning the screen in Hawkins but with a new looming threat. The boundary between the upside down and the real world seems to be fading and with that the trailer gives us a glimpse at the colossal monster to the featured in the new season. With new thrills, drama, and action, Stranger Things season two looks surpass season one in popularity.

Speaking of,  the first season of Stranger things quickly became one of Netflix’s most popular shows. In the just sixteen days, it gained 8.2 million views, placing it just behind Netflix’s Fuller House and Orange is the New Black season four. Also, Netflix released in the third quarter earnings report, the quarter that Stranger Things was released in, made 2.15 billion, making Netflix an even more profitable company. With that, in partnership with the Duffer Brothers, the creators of Stranger Things, they quickly confirmed a season two and soon after, a season three. The Duffer Brothers also claim to finish Stranger Things on season four, even though it has not been confirmed yet.

Halloween also seems to have a bigger focus in the new season with the trailer having a big reference to Ghost Busters and Michael Jackson’s Thriller. Also, the new poster for season two features jack lantern and a pretty obvious Halloween theme. Season one had a release date in July of 2016, and this year Halloween is four days following the premier so a bigger influence on costumes and decorations is to be expected. Following that though, is the premier a call for a campus wide showing of the first few episodes? I think the student activities organization should consider giving the premier its own event due to the shows massive following. October 27th is only a few weeks away, then we’ll all find out if Stranger Things season two lives up the hype. 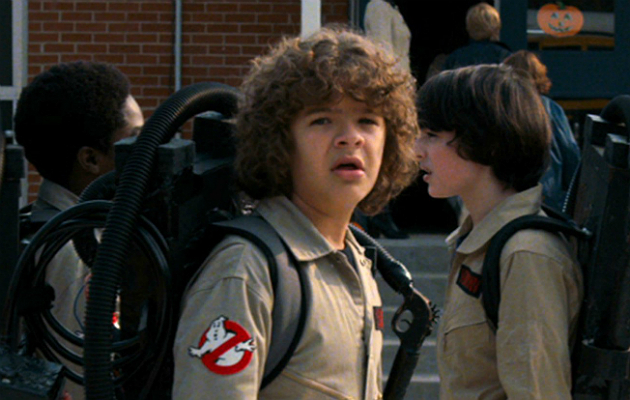